A Musical Event curated by KΕ.Di.Mou.Ra

Rummaging the Medium aims to reveal the hidden sounds and the true nature of the phonographic apparatus, through the manipulation and interruption of transparent normative operation. The discursive and the material manifestations of culture are emphasized with collage like-enviroments of found CDs and cassette tapes.

Trigger Happy – Events!
Events! Is a collaborative improvisation game-piece. Trigger Happy will be playing through a series of event-score cards, made by them, for them, ranging from specific musical ideas to pataphysical meta-events.

Konstantinos Vasilakos // Amy Salsgiver – Hollow Streams
A live coding piece by Konstantinos Vasilakos, and Amy Salsgiver (percussion). Melodic streams created by  percussion instruments are analyzed using a machine listening algorithm in real time implemented in the  SuperCollider programming language. This data then is used as raw material to build improvisations and create a dialogue between the acoustic instruments and the laptop performer on the fly.

About the collective:Kε.Δι.Μου.Ρα* is a collective of fifteen musicians founded in Corfu, Greece. The collective was formed in 2013 as an answer to the common need of its members for a flexible group structure where they could explore collaborative and playful ways of musical interaction, performance and composition. Using a varied and constantly evolving array of sound-producing mediums, as well as theatrical and visual elements, the initial focus was placed on the exploration of different systems for structuring music. This research led to a series of performances based on John Zorn’s game piece Cobra. After that ΚεΔιΜουΡα initiated a scheduled series of large-scale events related to improvisation, inviting and collaborating with various musicians, as well as supported various smaller projects run by its members. While many members have been relocated in distant cities, the operation of the collective is currently undertaking new directions.*(pronounced “KheDeeMooRha”,acronym for Center for Research and Propagation of Musical Turmoil)

Trigger Happy is a 4-piece band formed in Corfu, 2016. They’re the driving force behind the ΚΕ.Δι.Μου.Ρα collective, researching, organising and performing, all in the name of musical turmoil. Trigger Happy are: Giorgos Stavridis, Giorgos Stenos Frantzios, Giorgos Mizithras, Manthos Karras

Georgios Mizithras (MIZI) is a musician and sound artist. He is active as both a composer and performer in a range  of fields, including acousmatic music, improvisation, sound art, and audiovisuals. His current interest lies in media  archaelogy, and the repurposing of old media as devices of artistic expression.

Konstantinos Vasilakos is a performer and composer of electroacoustic music. Based in Istanbul, he is teaching in the Sonic Arts department at the Center for Advanced Studies in Music (MIAM) at Istanbul Technical University. He holds a PhD in Music from Keele University (UK) where he undertook an evaluation in digital interfaces for music composition and improvisation (2016). His works have been presented in the Netherlands, Germany, Czech Republic, Greece, Switzerland, Turkey, and the United Kingdom. He has collaborated with leading research centres such as CERN, in Switzerland. He is a member of the Hellenic Electroacoustic Music Composers Association  (HELMCA), and the Birmingham Ensemble for Electroacoustic Research (BEER), a laptop ensemble based at the University of Birmingham (UK).

Amy Salsgiver
has lived in her adopted home of Istanbul for over a decade. She performs regularly with the Borusan Istanbul  Philharmonic Orchestraand teaches at Istanbul Technical University’s Centre for Advanced Studies in Music  (MIAM). Amy is a founding member of Hezarfen Ensemble, and co-created the percussion group sa.ne.na, both of which are committed to contemporary music and living composers.

Andreas Mniestris
plays tenor & soprano saxophone. He teaches electronic music composition at the Department of Music Studies of the Ionian University in Corfu. He is the Director of the Laboratory of Electroacoustic Music Research and  Applications (EPHMEE) and has been the scientific coordinator of the Postgraduate Studies Program in the Arts and Technologies of Sound. He is a founding member of the Hellenic Association of Electroacoustic Music Composers (ESSIM) and the Greek Society of Acoustic Ecology. 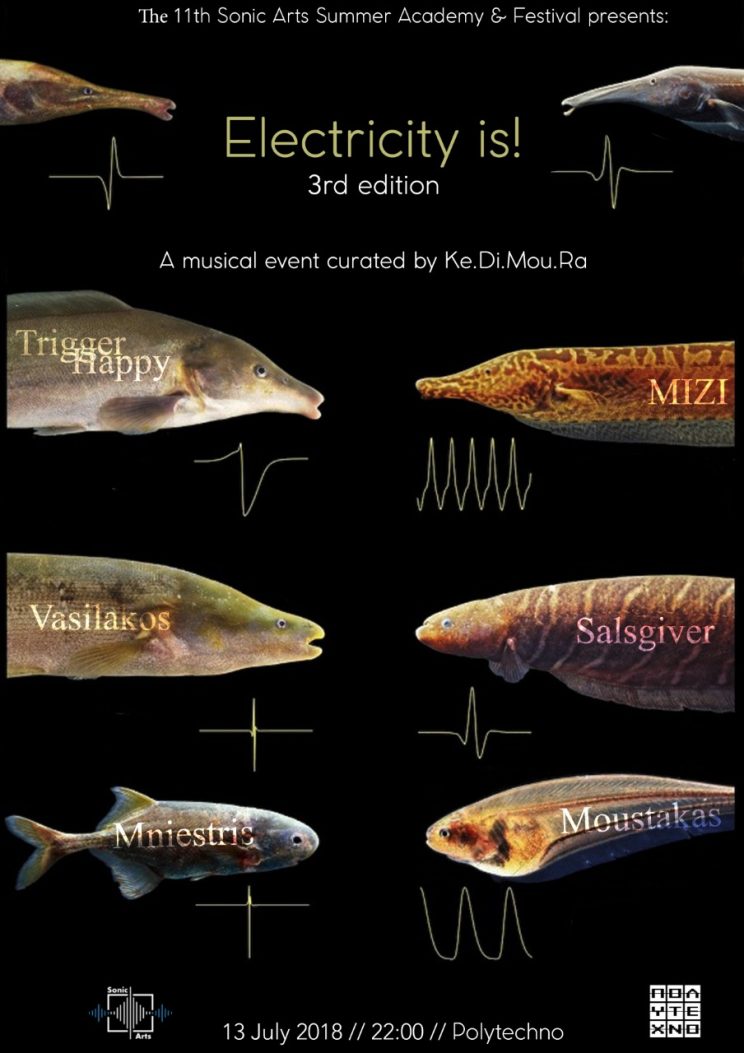